'Synaptic Memories' is a research, creation and production project. Its aim is to produce an immersive system in the Electronic Arts framework. This work is placed in the intersection between Interactive Art, Sound Art and New Media Arts, and proposes a relation with scientific knowledge that search to use new technologies in a reflective and aesthetic way, critically and experimentally. Starting from a germinal idea, sketches and draft designs, we are developing a more deep creative process, involving a detailed conceptualisation in practical and theoretical terms. 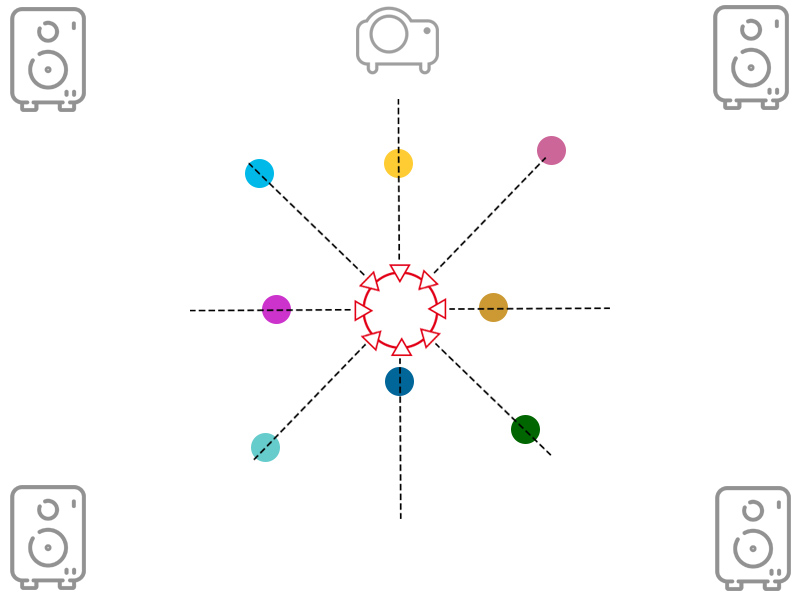 The physical central object, is an Arduino-based hardware that contains six or eight proximity sensors, organized in a discoidal shape -with an approximate diameter of 20 cm and height of 10 cm-, operating like a radar, that captures the relative distance of six or eight objects disposed around it. This device, with independent electrical supply, has been created to be placed in the middle of a common round table, placed in a empty room. From there, the device communicates with a laptop "out of scene", via Wi-Fi. Six or eight physical objects will be arranged around the device, disposed to be manipulated by a performer, operating over the proximity sensors and interacting in this way with the system. 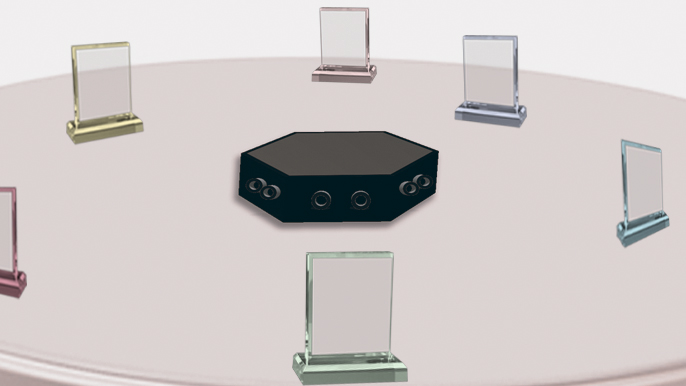 This data-flow resulting from the interaction is received and processed in real time by Max/Msp, elaborating diverse types of audio synthesis -additive, ring modulation, granular, etc- and used to drive another kind of sound events (like live processing of audio signals, i.e.) The resulting audio signal is routed to 4 channels located in the corners of the room. The same original data-flow are used in Jitter to elaborate processes over colour, forms, synthetic and pre-recorded images, and routed to a image projector that intervenes the scene from above.

Both Sound and Image, that surround the performer all over the room, depends directly of the ways or manners that the same performer use to move the objects disposed around the table, acting in real time over the audiovisual result in that he or she is immersed. 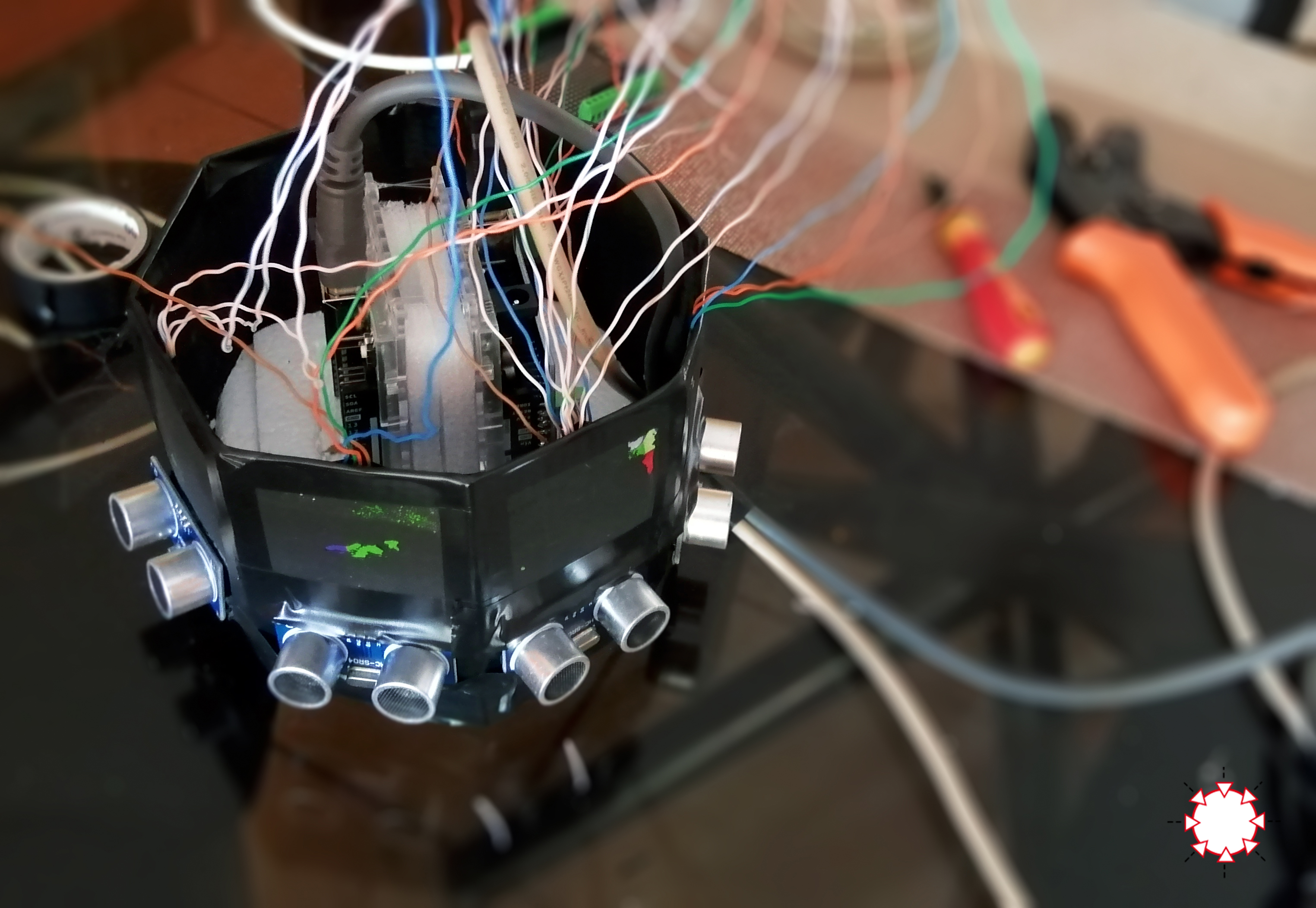